How Do Cities Manage Change? Experts Size Up Contemporary Challenges in Municipal Governance 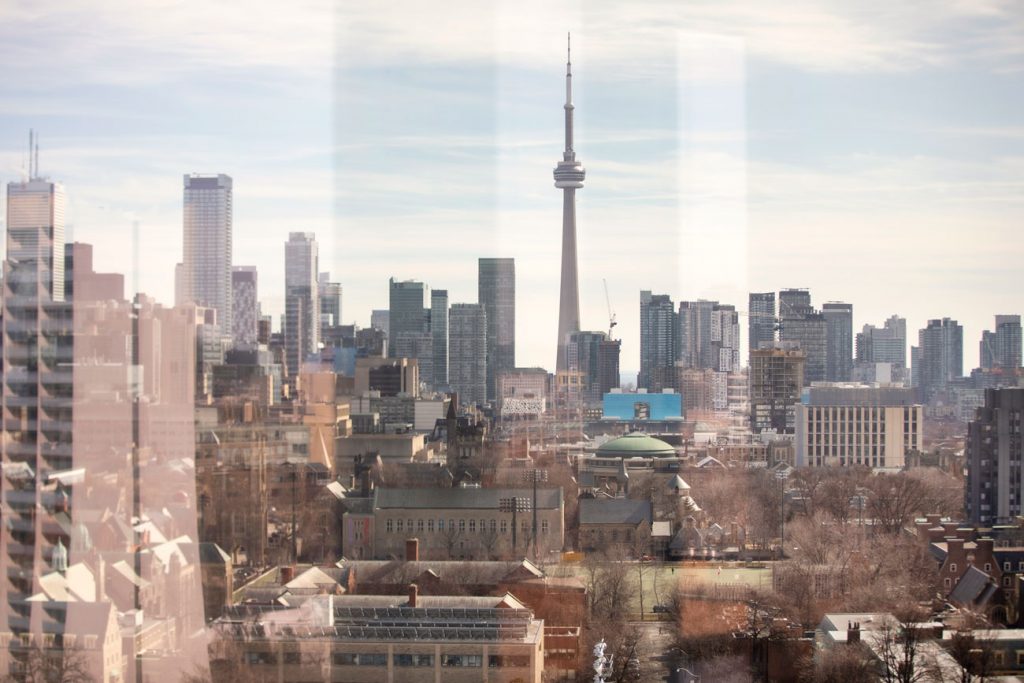 The pace of change in cities—technological, social, economic—seems to speed up day by day, posing challenges to municipal government structures established in different times.

So how can local governments more effectively respond to change in order to meet the needs of their residents? How might governance innovation support the development of dynamic, thriving, prosperous, and inclusive 21st century cities?

These questions drew more than 50 experts from academia, government, non-profits, and the private sector together for four working sessions between September and November 2019 at the University of Toronto.

Co-hosted by the School of Cities, the Munk School of Global Affairs & Public Policy, and the Schwartz Reisman Institute for Technology and Society, the workshops aimed to find solutions to crucial problems cropping up in city governance—within Toronto and elsewhere in the world’s biggest urban centres.

A new report detailing the activities and findings of the workshops will be a valuable resource for public policy professionals, community partners, and municipal governance bodies looking to improve the ways cities function and serve their citizens.

And while these workshops were conducted before the global outbreak of COVID-19, many of the findings and outcomes will continue to be relevant during—and well after—the pandemic.

During the workshops, participants tackled four sets of problems:

Perhaps most crucially, cities are struggling with the increasingly central role of technology and data in municipal governance. For example, controversies surrounded the recently-withdrawn Sidewalk Labs project at Toronto’s Quayside, with critics warning that the Google company behind the project would gain ownership of the data generated in the area’s public infrastructure.

Participants in the data and technology roundtable observed that current data policies focus on data collection rather than on the ways in which data is used—but the latter is often where the most pressing issues in data ethics arise.

So, what promising new ideas arose during the workshops?

Participants in the city management group saw potential in, among other things, innovative initiatives likes “suspended regulation”—temporarily suspending some city rules in a targeted area or for a specific reason. If the benefits of a certain regulation are vastly outweighed by the costs, then a permanent overturn of the regulation can be considered.

Participants in the data and technology group proposed re-framing what it means to “own” data. For example: does a person own the record of their birth date? No, but they certainly have an interest in how that information is used. Concepts of surveillance, privacy, consent, and transparency also need to be re-framed for the current data regime. The group recommended a fundamental rethinking of the core concepts that inform the way we talk about collecting and using data.

Participants in the public space group addressed the modern city’s need to deal with increasing density—with implications for parks, housing, and disaster preparation. Public funding shortfalls continue to plague municipalities, so public-private partnerships and conservancies were raised as potential solutions. The group also discussed innovative space conversion initiatives like “adaptive reuse projects”—for example, an abandoned factory turned into an art gallery—but noted some of the pitfalls of past attempts. Overall, the group was adamant that public oversight of development remains essential to ensure equitable outcomes.

Finally, participants in the transportation group examined the complex intersections of factors that affect how people get around a city, including not only density, safety, and commute times, but the environmental impacts of various transportation technologies, the chronic under-funding of transportation infrastructure, and new services like ride-sharing apps and bike-sharing systems. Achieving coordination between multiple regional transit authorities was highlighted as a crucial step in improving transit service overall. Fare-sharing and other kinds of bilateral agreements between transit authorities were discussed as potential solutions to revenue shortfall, accessibility, and consistency.

Across all four sessions, consistently similar outcomes and recommendations emerged, such as the need for increased risk-taking, the importance of equity, and the crucial role of collaborating with public and private community partners in municipal planning.

What’s impossible to forget is that our cities are currently being governed under the weight of a global pandemic—exacerbating problems like revenue shortfalls, access to services, and public space usage, but also bringing communities together during a time of adversity.

“The story of COVID and its impact on public policy is still being written,” notes the workshop report. “However, the early returns show that our city is demonstrating a strong social fabric and an adventurous, responsive and responsible policy environment that will serve us well no matter what the future holds.”