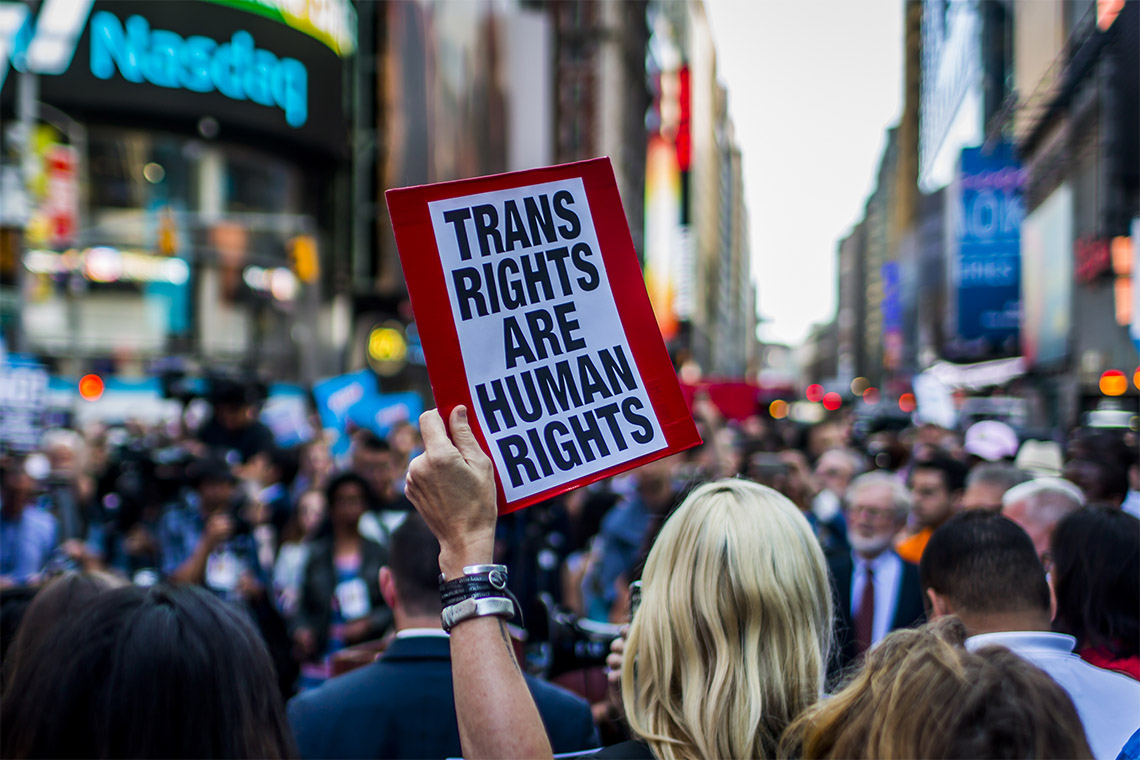 Imagine being able to listen to Kimberly Nixon describe, in her own words, being turned away as a volunteer at a Vancouver rape crisis centre because of her status as a trans woman. Or having an app to report on corporate pollution near and on Indigenous lands in Canada’s North.

The University of Toronto’s Elspeth Brown says these are just two examples of how critical digital humanities research that focuses on questions of power and inequality can have a big impact.

Brown, a professor in U of T Mississauga’s department of historical studies, was recently awarded $3 million in funding for the next three years to make the university a global leader in this area.

“It’s about building a network of faculty members who do critical digital humanities at U of T,” says Brown, who is director of the new Critical Digital Humanities Initiative (CDHI).

Brown, who is also director of the university’s Digital Humanities Network, led the tri-campus initiative that will bridge the humanities with digital technology tools, with a particular focus on anti-racist, feminist, queer and de-colonial scholarship and researchers.

Brown describes digital humanities as an interdisciplinary field that bridges the humanities and computational or digital studies.

“We define the digital humanities broadly to include all the communities and methods, tools and platform-based approaches often associated with digital humanities, such as archiving, digitizing, curation, analysis, coding, editing, visualization, mapping, modelling, versioning and prototyping,” she says. “We have an inclusive agenda that encompasses interpretive or theoretical work on digitality.”

Brown says she saw a need to support this area of research at the university when she started putting together the initiative’s proposal.

“Once we started to really get down to the nitty gritty, we realized that actually most people doing digital humanities at U of T are doing this version of critical digital humanities that is collaborative – often public-facing – that addresses questions and social inequality and power,” Brown says.

Over a 15-month period between 2019 and 2020, Brown met with researchers, chairs, and deans across the three campuses to generate support for the initiative. She also met with digital humanities faculty researchers across campus to find out what they needed and wanted for support.

“I would meet with them as a team and try to ask questions like, ‘What do you need to help support your research? What are the kinds of things that you wish we had in place that would enable you to reach your goals?’”

Brown says the initiative will make an impact on humanities research, and academia in general, because it opens the door to team-based research.

“That’s a very different way for scholars to work,” she says. “For these kinds of projects, you are required to (work as a team) because no one person has all the expertise and knowledge.”

She says that the initiative also highlights the importance of public engagement in research.

“(It’s) breaking down the barriers between the universities and outside communities, and working collaboratively with researchers, community partners, and communicating with the broader public.”

In addition, she says CDHI will support research projects that are part of a broader movement to reach the public –  an audience that a peer-reviewed journal might not necessarily reach.

Brown’s own LGBTQ Oral History Digital Collaboratory, which makes LGBTQ+ oral histories more accessible online, is having an impact on young people in the LGBTQ+ community.

“I definitely think this kind of work has a major impact on people’s capacity for resiliency in the present, and to engage with other people – who are in this case queer and trans,” says Brown. “But it’s also true for many of the other projects that we’re supporting through critical digital humanities.”

Caleb Wellum, program officer for the initiative, says that the research supported by the CDHI will help graduate students in the digital humanities learn hands-on skills that will be needed in the job market.

“One of my hopes is that it will encourage a rethinking or modernization of graduate student training in the humanities at U of T,” he says.

The initiative has been funded by U of T’s Institutional Strategic Initiatives portfolio and included contributions from U of T Mississauga, U of T Scarborough, the Faculty of Information and the Faculty of Arts & Science.